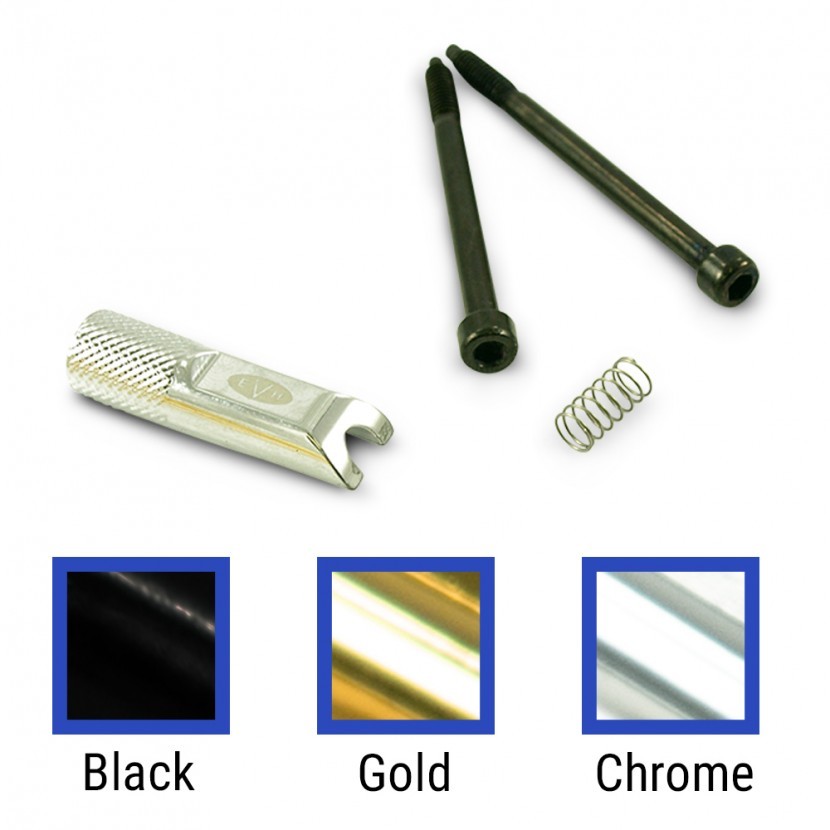 The EVH D-Tuna is a unique patented device that enables players to drop the E to D and back, in an instant. D-Tuna has been standard equipment on Eddie Van Halen's personal guitars as well as signature series locking tremolo-equipped guitars since the early 90's. Since then thousands of D-Tuna's have been sold all over the world. D-Tuna is proud to be endorsed by many professional players such as Warren DeMartini (RATT), Michael Wilton (Queensryche) and Dave "The Snake" Sabo (Skid Row) just to name a few. Bottom line...It's simple to use and it works.

"It couldn't be easier to install. You remove the string locking screw from the low E-saddle on the bridge and replace it with one of the two D-Tuna locking screws, the spring assembly and the D-Tuna. And that's just about all there is to it." - Edward Van Halen

The D-Tuna was designed to adapt to a double-locking tremolo, giving you the option of "drop D" tuning without unclamping the nut.

The D-Tuna is made from the highest quality hardened steel. The patented design allows for precise fine-tuning adjustment, is simple to set up, easy to use, and really works!

Be the first to write a review!